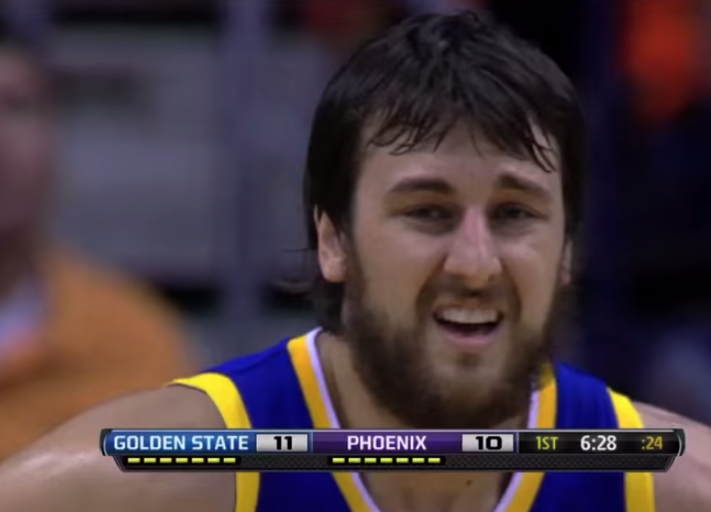 At 7 feet, 245 pounds, Andrew Bogut, center for the Golden State Warriors, has a lot to of weight to carry on his joints. So it came as no surprise when the towering Bogut suffered a knee injury in a game on December 8th — specifically due to a bone edema, which is inflammation due to fluid settling in the bones, and knee chondromalacia, which is the actual softening of knee cartilage. Both injuries can be crippling to a world-class athlete, especially one with Bogut’s size. On December 18th, it was reported by ESPN that Bogut would be out of action “indefinitely.” To speed up his recovery, he had undergone Platelet Rich Plasma (PRP), a treatment that uses a patient’s own blood plasma — coupled with infused growth factors — to heal a variety of injuries. Warriors fan fretted as their powerhouse center missed important games during what has been one of the best seasons in the team’s history. But Bogut was not sidelined for long. On January 7th, just a month after suffering the injury, Bogut returned to grab 8 rebounds in his team’s 117-102 win against the Indiana Pacers. And after another month of playing, he is regaining form as one of the top centers in the NBA. So how did Bogut recover so quickly? The answer could be found in PRP’s potential as an incredible regenerative treatment. How exactly does it work? Within our blood is a fluid called plasma, which carries our red and white blood cells, as well as platelets. Platelets contain natural growth factors which stimulate cells to grow and spread. Platelet Rich Plasma is an exciting new procedure that infuses a patient’s own plasma into areas in need, promoting regeneration. Skeptics of Bogut’s recovery need only to see his explosive movement displayed in a recent game against the Orlando Magic: PRP is currently being performed at New England Center for Hair Restoration for patients with injured joints — particularly knees and elbows. If you are in the Boston or Providence areas and are suffering from an injury, call 855-5-NEHAIR to learn more about PRP. Consultations are free.